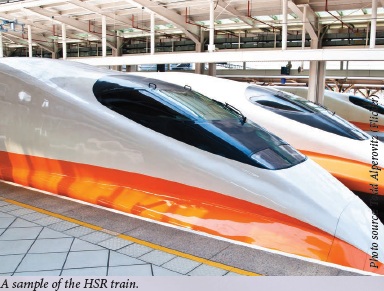 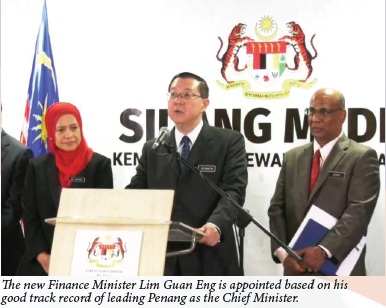 Henry Butcher Malaysia, 01 June : After the historic win in GE 14 by the Pakatan Harapan (PH) coalition, the new federal government under Tun Dr Mahathir has hit the ground running in an attempt to fulfill its 100 day promises made in its selection manifesto. It has set up a Council of Eminent Persons (CEP) comprising well-known and respected personalities assisted by various committees to look into carrying out institutional and corporate reforms as well as providing advice on economic matters. This step will help calm the markets and provide stability to the Ringgit.

The abolition of GST which was a central theme in PH’s election campaign was set in motion with the resetting of the GST rate to 0% effective 1 June 2018 and its eventual abolishment in the near future after the Sales & Services Tax (SST) has been reintroduced. After the Prime Minister and later the Finance Minister disclosed that the total debt level of the country is higher than what was previously reported by the previous administration, the new government announced several measures to address the high debt level of above RM 1 trillion. ese measures include the following:

In addition, the government will also carry out detailed reviews of other mega projects such as the ECRL or the East Coast Rail Line and the TRX Financial Centre development before deciding whether to proceed, cancel or renegotiate with the various stakeholders.Some of these measures obviously have a direct impact whilst others have indirect implications for the property market. These are discussed below.

The recalibration of the GST rate to 0% is a positive development for the property market. Firstly, it will mean a reduction in the cost of building materials as well as construction costs and professional fees and thus could lead to lower property prices if the cost savings are all passed on to the consumers. Secondly, with GST at 0%, buyers of non-residential properties will instantly save as they no longer have to fork out an additional 6% for GST. This could provide a boost to the commercial and industrial property segments.

Thee HSR was touted as a game changer with enormous economic benefits when it was announced by the previous government. It was supposed to lead to more Singaporeans investing in homes as well as spending more across the Causeway. It was also supposed to bring about more rapid development of the areas surrounding, the HSR stations. Lastly it was the key selling point and unique feature of the Bandar Malaysia development located on the old airport site in Sungei Besi. With the scrapping or “postponement” of the HSR, the anticipated economic benefits that will be accorded to the areas surrounding the stations as well as Bandar Malaysia will no longer materialize and developers who have bought land in these areas as well as property investors who have invested in properties close by these areas will nd that the hoped-for appreciation in values and development opportunities may not materialize. Bandar Malaysia in particular, will not be able to command the same level of excitement and interest although it should still be able to succeed by virtue of its location not too far from the city centre, provided it is thoughtfully re-planned, designed and developed.

There are also some developers who have made the HSR and MRT 3 a selling point for their projects and included these in all their promotional materials and advertisements. e cancellation of the HSR and MRT 3 will mean that the developer’s claims cannot now be fulfilled and this will put them in a di cult position vis-a-vis buyers who have purchased properties in their projects based on the promise and attractions of the HSR/MRT 3.

Similarly, the scrapping or “postponement” of MRT 3 will also have the same impact on the local property market as the HSR. MRT 3 is supposed to be the last piece in the MRT jigsaw puzzle as it will link MRT Line 1 (which connects Sungei Buloh and Kajang) and Line 2 (which connects Sungei Buloh and Serdang/Putrajaya) together. Without Line 3, the other two lines can however still operate on their own. The scrapping of Line 3 for the time being will provide the government an opportunity to assess the effectiveness of Lines 1 and 2 which, based on the current ridership of between 130,000 to 140,000 per day compared to the projection of 250,000 daily are underutilized. Perhaps when the country is financially more stable and when Lines 1 and 2 have achieved close to their maximum capacity, Line 3 can be revived provided studies show that it is the most cost-effective solution to Greater Klang Valley’s public transportation woes.

Meanwhile however, the enormous savings that can be made in shelving the HSR and MRT 3 projects will help alleviate the country’s financial position especially when the financial assessments by the new administration show that the projected revenue which will be generated by the HSR/MRT 3 operations will by itself not be able to justify the substantial cost that will be incurred in building these mega infrastructure projects.

Besides shelving mega infrastructure projects which were deemed to be not of priority at the present moment, the Federal Territories Director of Lands and Mines Office Kuala Lumpur has been instructed to freeze all transactions involving the transfer of land owned by DBKL since May 10. This is due to reports lodged by some MPs with the MACC as well as the Chief Secretary to the Government on the alleged suspicious nature of these transactions. As some of these projects have already been launched with buyers having signed the sale & purchase agreements, this move has created some uncertainty about whether or how these projects will move forward.

The review of the TRX development as announced by the new administration have cast a pall of uncertainty over the project and the developers/companies who have started development or bought land parcels for development will now have to convince the authorities that the deals that they cut with the previous administration were above board. ere will be some delays for the projects in TRX whilst the review is being carried out by the task force set up to undertake the task like Lendlease’s Lifestyle Quarters, the Exchange 106 Signature Tower, HSBC’s and Prudential’s new headquarters, and projects by WCT Holdings Bhd, LUTH (Lembaga Urusan dan Tabung Haji – more commonly known as Lembaga Tabung Haji) and Affn Bank.

There are other promises in PH’s election manifesto to be implemented beyond the 100-days threshold which are related to the property market viz. making available 1 million affordable homes within ten years and grouping all the agencies involved in building affordable homes under one central body for better coordination and control. This is sweet news for the lower to middle income group as they can now look forward to owning their own homes.

Thus far, the various agencies entrusted by the previous administration like Pr1ma have not met their KPIs in building and delivering affordable homes within the right price range and in the right locations and as such have not really been able to effectively meet the people’s aspirations in owning homes.

Although the measures taken by the new PH administration will certainly have some negative impact on the economy and property market in the short term, they are deemed necessary to help resolve the country’s current economic situation. With greater transparency and efficiency and more determined measures to eradicate corrupt practices, investors will feel more reassured and in the longer term the country will be in a better position to attract more and larger foreign investments. As the wise has always said, we need to bear with the short-term pain for long term gains.